We’re thrilled to announce that Wakey Wakey has been acquired by Bounty Films for worldwide release.

This is your chance to watch Wakey Wakey online, along with a bunch of other critically acclaimed underground movies from around the world. If you like the sound of a film festival where you don’t have to leave the house, then this one’s for you. 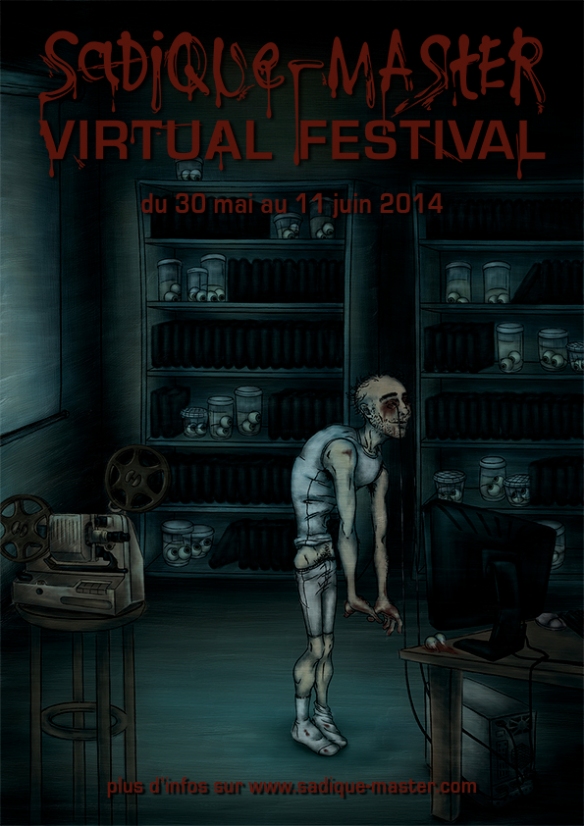 Have a read of our latest review from horror webzine, Brutal As Hell. 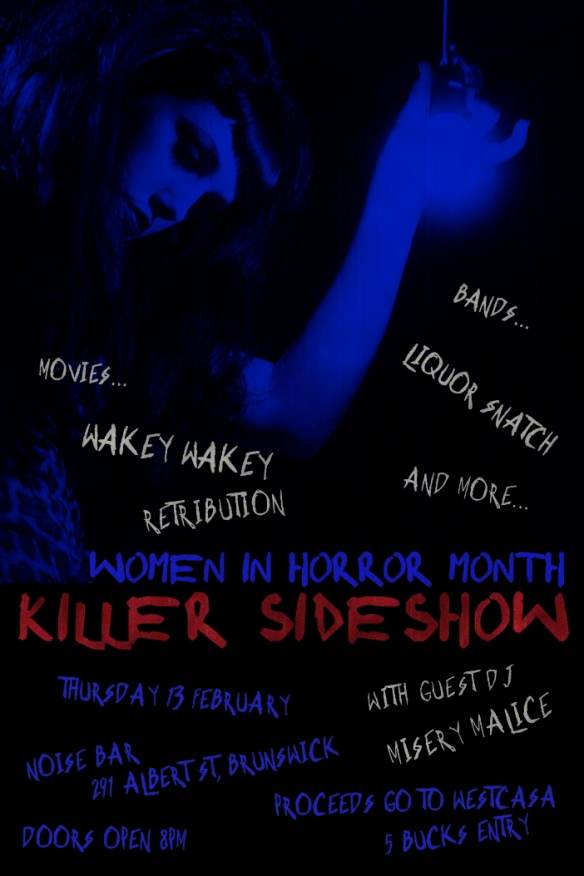 Hello and Welcome Everyone!

The festival seeks to promote women’s self-expression via the horror genre. For this, the Killer Sideshow, there’s a focus on male advocacy for women faced with domestic violence. We’re showing two female-focused movies by male directors, followed by two unreal all-girl live bands.

Now for the line-up…

WHOA, HANG ON, CHECK OUT THE TRAILER! http://youtu.be/A62ORW6hsC0

Then… BAM! we rock out to the wild punk stylings of LIQUOR SNATCH !M.C.H.D!. Yes people, it’s true.

What’s more, there’s still another killer band to be announced.

Arrive at the beer garden at 8pm for a DJ set by the one and only Misery Malice.

Entry $5
All funds raised will go to the good people at WestCASA, a charity that facilitates recovery and care for women facing domestic violence and sexual assault.

And… be sure to check out the other awesome Women in Horror Month event as well, running the following week at the same venue. More info here on that event here: https://www.facebook.com/events/249632368534719

We hope to see you there!

We’re amped to announce a summer screening at the one and only Bar 291 in Brunswick, Melbourne, Australia.

Many more exciting details to be announced soon, including the identity of the secret band who’ll play live after the movie.

We hope you enjoy.